As research reveals more about the unexpected effects of Tylenol on brain pathways, it’s more important than ever to make sure our loved ones take acetaminophen safely. Learn more about the risks of aspirin therapy for seniors. How Does Tylenol Work? Tylenol — or, more precisely, its active ingredient, acetaminophen — has long been a go-to 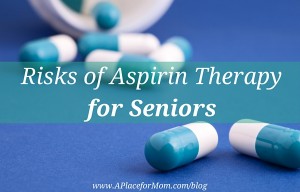 over-the-counter treatment for physical pain like head and body aches, including arthritis. But scientists have realized over the past few years that acetaminophen affects pain of the emotional and mental variety, too.As interesting as these experimental results may be, we don’t want to go straight to taking Tylenol in place of Xanax to ease our emotional distress. For one thing, there’s a lot that researchers still don’t know about what exactly acetaminophen is doing in the brain. On top of that, we already do know that incorrect or excessive acetaminophen use can lead to serious physical health effects.

As for what we already know about Tylenol, it takes away your headache by being a non-addictive, non-narcotic medication to dull pain and reduce fever in the body, which works by altering the pathways by which we sense pain and inflammation. Part of the reason it’s so widely used is that we don’t consider it to be extremely psychoactive — you can take a few Tylenol and still go about your daily business. But according to a study published in Psychological Science, acetaminophen may in fact have previously unknown, subtle psychological effects in the realm of emotional pain.“Pain exists in many forms, including the distress that people feel when exposed to thoughts of existential uncertainty and death,” says the study’s lead author Daniel Randles of the University of British Columbia. “Our study suggests these anxieties may be processed as ‘pain’ by the brain. But Tylenol seems to inhibit the signal telling the brain that something is wrong.” A previous study in 2010 suggested that Tylenol can help reduce the pain of social ostracism, another type of non-physical pain.

Risks of Tylenol and Aspirin Therapy for Seniors

Many people think that an aspirin a day has health benefits, such as reducing the risk of heart disease, heart attack or stroke. In fact, for people who have had a heart attack, have diagnosed heart disease or have experiences certain kinds of strokes, some doctors recommend a daily Tylenol. But, as with anything, excessive amounts can be harmful — especially for the elderly.High doses of aspirin therapy can actually increase the risk of bleeding in the stomach, small intestine and brain in elderly patients.

According to the Mayo Clinic, if a low dose of aspirin therapy is taken for a long time, it can slowly damage the layer that protects the inside of the stomach and intestine from the acid in your stomach, as well as cause the following side effects and complications:

The benefits of aspirin are clear for people with a history of heart disease, but they are not so clear for elderly people without known heart problems. Since blood thins as we age, daily aspirin therapy can greatly increase the risks for bleeding, as well as, the side effects discussed above. But since most people over 70 have some underlying cardiovascular problem, many doctors feel that daily aspirin therapy benefits outweigh the risks of the medication. So what’s the general consensus? Only take a daily dose of aspirin if prescribed by a physician, as he or she will know what is best for the elderly patient.

How to Use Tylenol Safely and Effectively.

To avoid the dangers of unsafe acetaminophen use, the National Health Service recommends not taking it for any purpose other than the formally approved use of easing physical pain and inflammation, until more research is conducted on its other potential effects. If anxiety or stress is an issue in you or your loved one, consult a primary care doctor first.For seniors who might be taking a combination of medications, there is additional advice from the National Council on Patient Information and Education, listed on their Medication Use Safety Training for Seniors website:

Related Articles:5 Medication Safety Tips for Seniors12 Medication Management Tips That May Save Your Life How to Think Like a Geriatrician about Senior Medication